How magic comes into everyday life through jewellery

In our new "Magic Stars" collection, we celebrate the mystical power of the heavenly bodies. Here we explain why it feels so right at the moment.
by STYLE & TRENDS at 27.10.2021 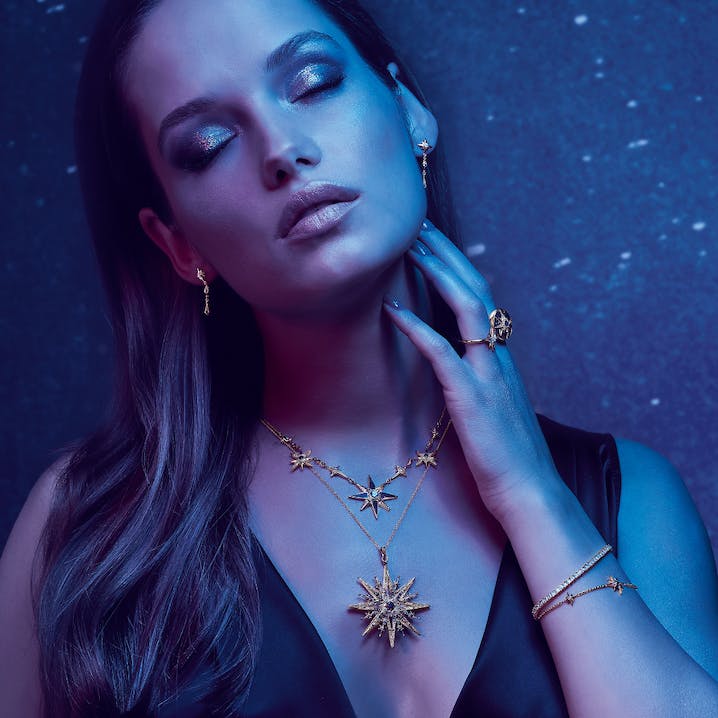 "We wanted to create an emotion of togetherness, to show that no one is alone in this world," says Aurore Melot, Creative Director of THOMAS SABO, about the "Magic Stars" collection, which she designed together with company founder Thomas Sabo for the current winter season. "Because the stars are connected after all, we all look at them from the earth". For Melot, jewellery has a symbolic character per se; she only creates pieces with special meaning. The fact that jewellery is always also poetry is something that THOMAS SABO ultimately stands for.

In the "Magic Stars" collection, this emotional aspect becomes particularly clear. The jewellery symbolises that there is something greater than the earthly - and also something we can rely on through the times and cultures, through the trials and tribulations of life. It's obvious that this is more relevant than ever: due to the pandemic, the last year and a half has brought a constant feeling of uncertainty. Starry sky-inspired jewellery provides hope, optimism, an eternal assurance of stability. 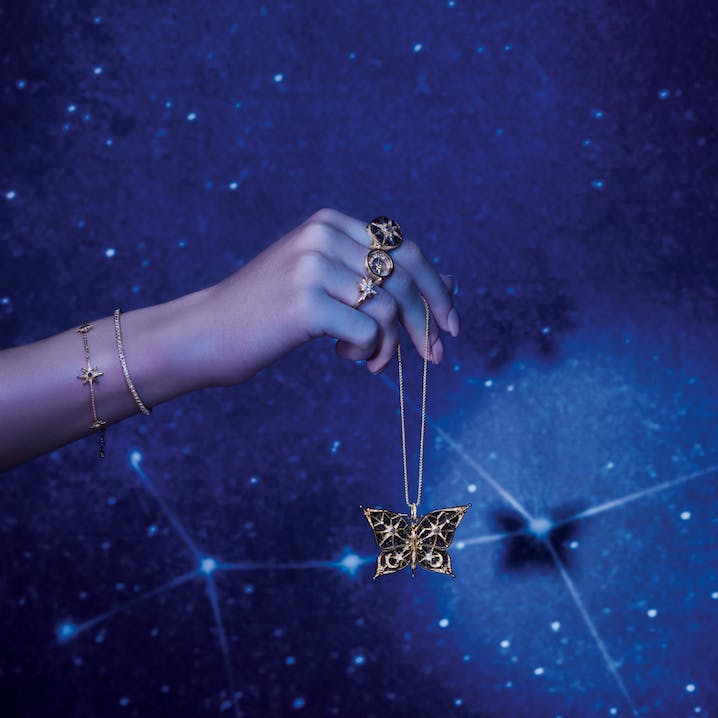 After all, astrology, which originates from the heavenly bodies, is the oldest (pseudo) science in cultural history. Throughout the centuries, it has always inspired the jewellery that people wear and pass on to their descendants. But the fact that this is experiencing a renaissance - as it is now - is not necessarily a novelty: in the 1930s and 1970s, too, the celestial bodies played a particularly important role in jewellery. They were - just like today - uncertain times in which the longing for security was as great as for magic.

The hippie culture of the Seventies declared the "Age of Aquarius" in the near future, and somehow there seems to be something like an invisible thread of connection from the time around 50 years ago to today: After all, who is not currently interested in the constellations in the sky, in their own zodiac chart and all that? But not only the symbols of one's own zodiac sign are suitable as special jewellery talismans, but also dreamily abstracted images of the heavenly bodies, the moon and the stars, as well as abstract inspirations from the world of mysticism and astrology. 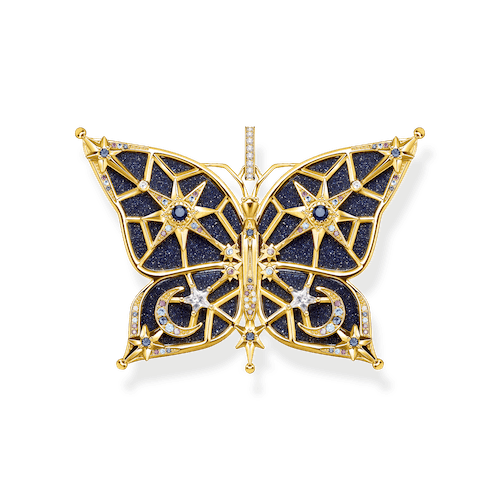 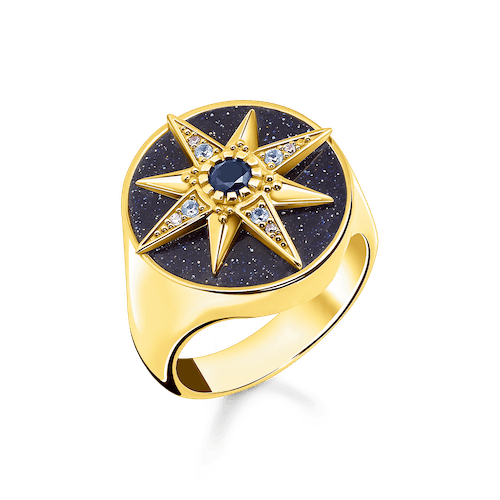 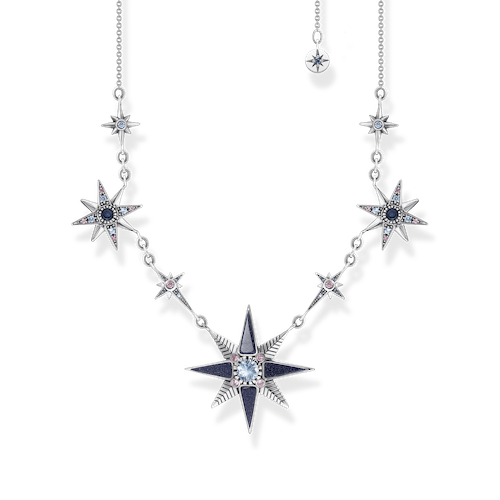 For THOMAS SABO, designer Aurore Melot and company founder Thomas Sabo interpreted precisely this. The "Magic Stars" collection includes a sparkling chain pendant reminiscent of a supernova, a brightly shining star, as well as earrings in the shape of the moon or a "Night Butterfly" pendant that encloses glittering stars and moons in its natural form. Of course, these symbols have an individual meaning for each wearer: for some they stand for infinity and magic, for others for security and cohesion, for still others for confidence and happiness.

The beautiful expression "reaching for the stars" also stands for the fact that everything is possible if you only look optimistically ahead. The combinations of how the "Magic Stars" collection from THOMAS SABO can/should/should be worn are also full of possibilities. Obviously, there are more festive looks into which the magical pieces of jewellery fit perfectly, such as a dress that sparkles just as much as they do, or an elegant silk suit. But the "Magic Stars" pieces also go perfectly with more relaxed looks such as a simple midi dress or a serious blouse.

After all, this is how they bring their magic into every day. A slight Seventies vibe never hurts as inspiration for looks. After all, as the hippies predicted, according to some astrologers we have been in the "Age of Aquarius" since the beginning of 2021. We need to celebrate this magic - and nothing does that better than "Magic Stars" jewellery. 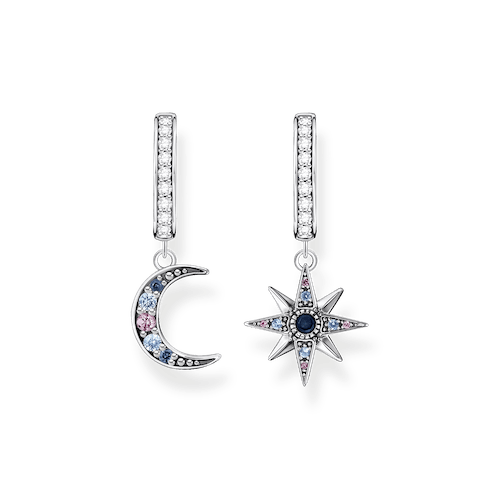 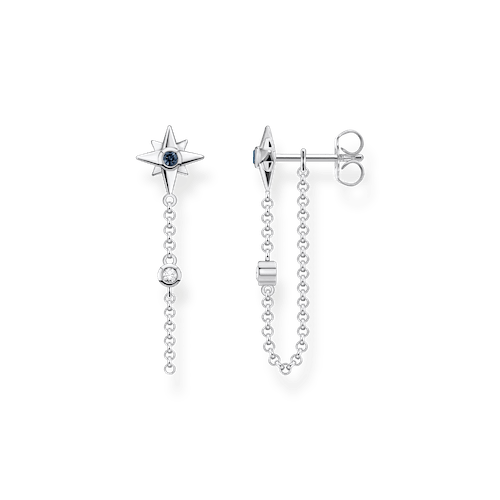 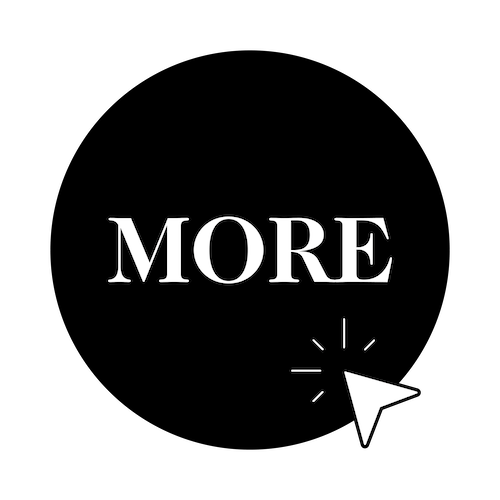 ✉ Sign up for our newsletter now and look forward to many more news and exciting promotions from the world of THOMAS SABO.